John Amaral has a unique approach to teaching soccer using what he has termed the “Natural Soccer Training Method.” With a Master’s degree in Education and over 40 years of soccer coaching and playing experience at every level (Youth – Professional) John Amaral’s method and approach to teaching the game of soccer has made him a sought after coach in the US and around the world. 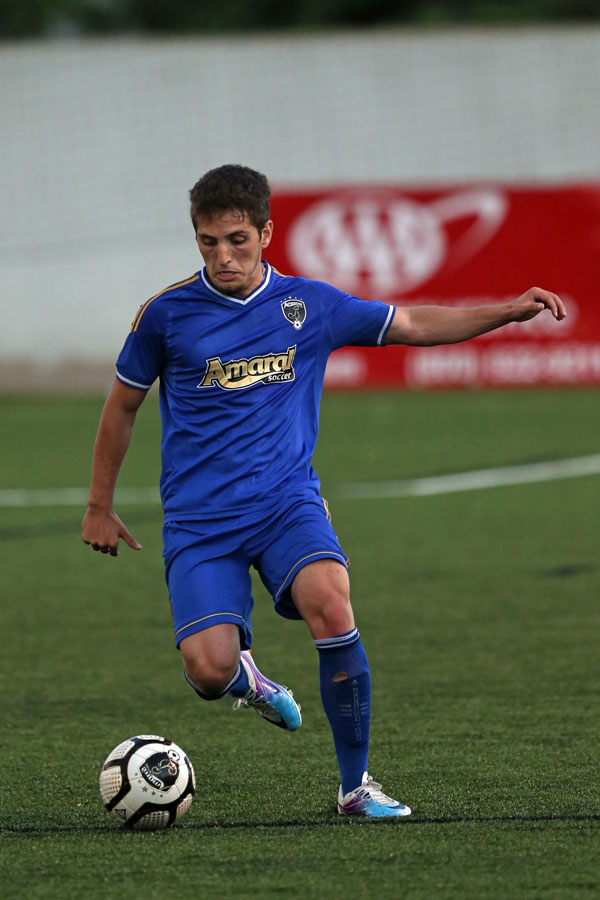 At the Amaral Soccer Academy you will have the opportunity to train in a club style setting to maximize your ability. The Amaral Soccer Academy is not a training program that focuses on tricks and cool moves that are ineffective on a soccer field. We believe in training players in such a way that they will use the things they learn to become better soccer players on the soccer field. Everything that is done at the Amaral Soccer Academy is practical and it is exactly how professional players would be trained in a club setting. Our motto is, “Train like the Pros with the Pros.” This is why we have the players in uniform and why we expect a high level of discipline from everyone affiliated with the Amaral Soccer Academy (Coaches, Medical Staff, Support Staff, and the Players). It is also why Coach Amaral offers the best housing accomidations of any camp in the world. Our players stay in suite style dorms with private bathrooms, kitchens, living rooms, and with air conditioning. All meals are included and are provided by the Westfield State University food service staff. 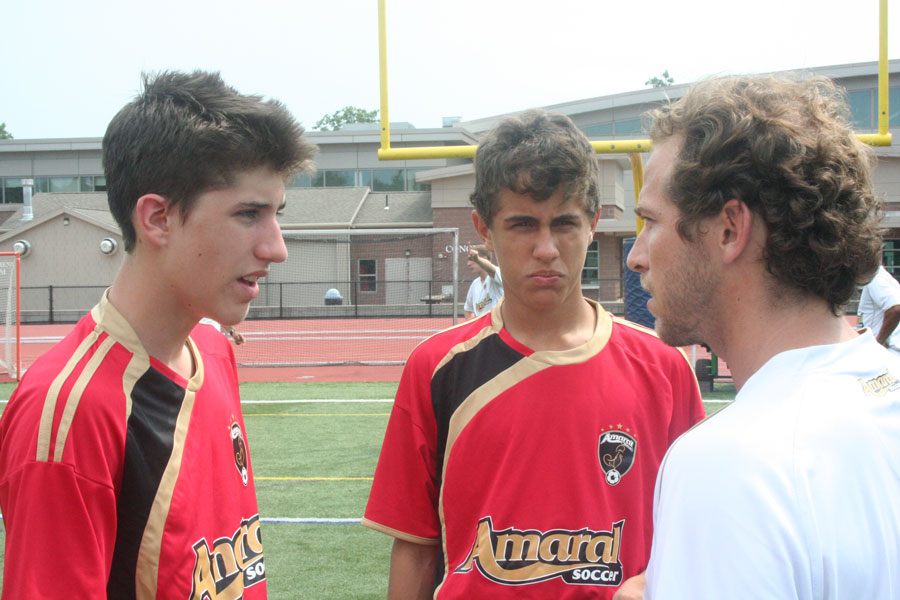 In the morning sessions we will work on technical skill development. The focus is on perfecting your first touch, shielding the ball, and being able to maintain ball control with dribbling techniques. Coach Amaral equates having a good first touch with catching the ball in basketball. Before a team can attack they must have ball possession and once they gain ball possession they must maintain ball possession. In basketball players hold the ball or dribble the ball to maintain the possession. To gain ball possession in soccer a player must be able to trap all different types of balls in tight settings. To maintain they must be able to shield the ball to keep it away from the opponent and they must be able to dribble the ball in tight settings. At the highest levels players have incredible first touches and the game is a possession game. At the lower levels possession is more difficult to maintain because players skill level is not as high. At the Amaral Soccer Academy we focus a great deal of attention to being able to trap in tight settings, shielding in tight areas, and dribbling on the different parts of the field. When a player has confidence with the soccer ball they can play off of the other players on the team and they are an asset to the team. When a player had difficulty maintaining ball possession as Coach Amaral says, “They are playing for the other team.”

The forwards work on setting up offensive attacks and a great deal of attention is paid to finishing. Forwards work on finishing in a number of different settings (crosses, forward attack, with back to the goal).

Defensive players work on containing and channeling players, tackling, and closing space. They train on taking good angles and the timing of when to destroy a play.

The goalkeepers work on their specific techniques in the morning sessions and in the afternoon sessions they work on how to work with the defense to control the game (communication, positioning, taking good angles etc.) For more specific goalkeeper training please visit our goalkeeper page.

In the evening sessions we focus on small sided games where the players have to use the skills and tactics they aquired during the day and apply those to game play. Competition is an important part of the Amaral Soccer Academy developmental program and in the competitive environment we want our players to be able to play with confidence and poise in tight settings. We believe in training the players to play in tight spaces so when they get on the full soccer field the game feels slow to them because they will be used to training in tight spaces where they have to have good ball control and where they have to make quick decisions.

The reality is that only so much can be done in one week of time, therefore, we give the players a picture and a feel of how to become a successful soccer player. We also expose the players to self-help drills so the players have the tools necessary to work on their game after they leave the Amaral Soccer Academy. The great thing about soccer is that you can train on an individual basis with intense effort and a soccer ball and to become great a player must put in many hours with a soccer ball. After spending a week at the Amaral Soccer Academy the player will have all the tools necessary to improve their game, but then it is up to each individual player as to how much effort they are going to put into training on their own to become great. 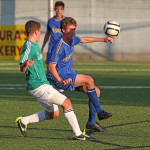 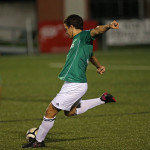 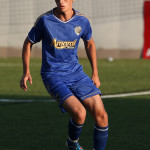 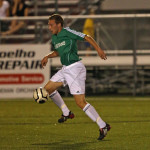 Below are some of the objectives you can expect to achieve when spending a week at the Amaral Soccer Academy.

Polish your touch and timing through dynamic skill development sessions

Learn how to move as a single unit through communication and playing to your team’s strengths and the opponent’s weaknesses.

What a FANTASTIC soccer academy! My son still hasn’t stopped talking about how great the camp was and how much he had learned this week! Coach Dominic Cavallini did such a great job. Highly recommend sending your soccer players here! Thank you again! See you next year for sure!

Mack and Kayla proving the Amaral Soccer Camp is not only a great place to perfect their soccer skills but a fun environment as well. Such a great, friendly, yet professional staff to have teaching ours kids. Going back next year for sure!!

Connect with us on your favorite social network!